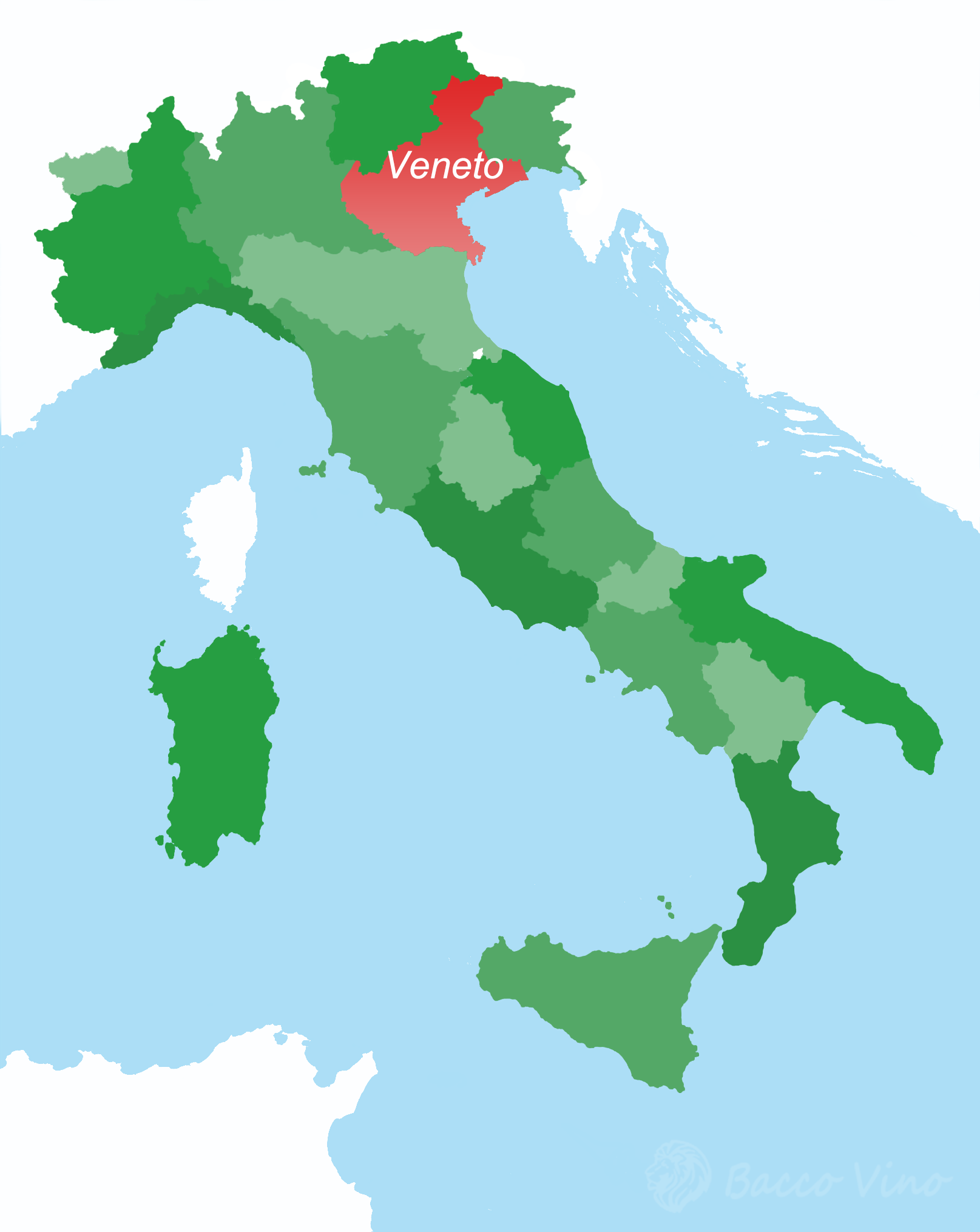 Veneto lies in the north-eastern part of Italy. As the largest of the three regions known as Tre Venezia, Veneto has Friuli-Venezia Guilia and the Adriatic Sea to its east, Emilia-Romagna to its south across the Po River, Trentino-Alto Adige to its west, and part of Austria as well as the Alps to its north.

Not only does Veneto’s climate vary across appellations, so does its terroir as well as grape variations. Climate-wise, it ranges from mild in the coastal area along the Adriatic Sea, hot in the central plains, to mild to cool in the Verona area. In terms of terroir, it has both plains and hills, and soil ranging from gravel to rich clay and volcanic material. As for grape varieties, not only are indigenous grapes such as the red Corvina used in Valpolicella and Amarone grown here, but also international ones such as Pinot Grigio and Cabernet.

With such diversity, Veneto has a formidable portfolio of wines ranging from the fruity red Valpolicello and its intense sibling, Amarone, to its famous white Soave and sparkling Prosecco.

The Veneto region can be largely split into three areas: