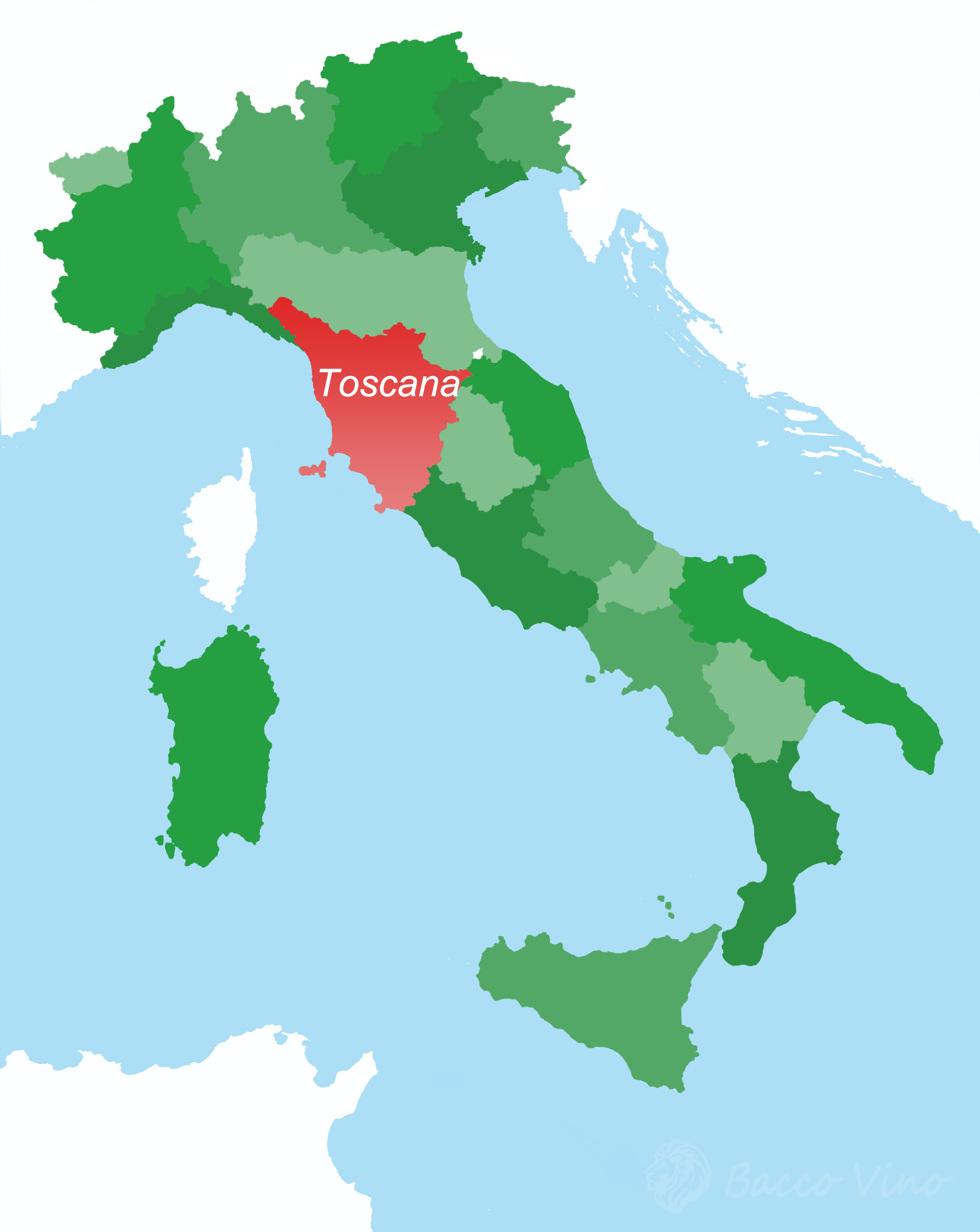 The region of Tuscany, home to Italy’s most famous wines, lies on the northwest of Italy – the ‘thigh’ of the boot. It includes seven coastal islands and is Italy's fifth largest region. Surrounded by Liguria in the northwest, Emilia-Romagna in the north, Umbria to the east and Lazio to the south, it has a warm Mediterranean climate due to the Tyrrhenian Sea along its entire western border.

Mention of Tuscany immediately evokes images of rolling hillsides and endless vineyards. Although the Apennine Mountains lie between Emilia-Romagna and Tuscany in the north, the region is more hilly than mountainous, in particular the interior, with some areas of high elevation along the coast. The hills temper the effect of the summer heat, with many vineyards planted on the higher elevations of the hillsides.

Tuscany's many DOC and DOCG zones are spread across the region's ten provinces. Located in central Tuscany, the Chianti zone is Tuscany's largest classified wine region. The region is split into two DOCG – Chianti and Chianti Classico, the latter being the area between Florence and Siena. Chianti and Chianti Classico are arguably Italy’s most famous wines, appreciated all over the world. The region is also home to the famous blends of ‘Super Tuscans’, which are often made by blending Sangiovese grapes with small amounts of Cabernet Sauvignon or Merlot.